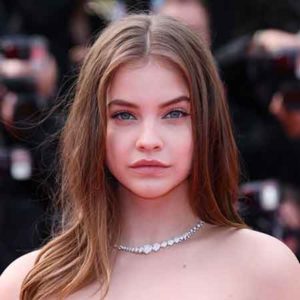 Barbara Palvin Born on October 8, 1993 in Budapest, Barbara Palvin is a Hungarian actress and model. She is only thirteen when an agency spots her in the streets of Budapest. A few weeks later, she makes a test by posing for Spur magazine.

This experience pleases her and the young woman decides to move to Asia where she will chain contracts. She will cover major publications such as Vogue Russia, Marie Claire Italy or Glamor Hungary. Her charm soon seduces the biggest brands and she poses for Armani Exchange, H & M and Pull and Bear. In February 2012, she became one of the musicians of L’Oréal Paris.

The beautiful is not content to pose in front of the lens, but also scrolls for some of the most talented designers. She made her first fashion show for the Prada brand at Milan Fashion Week in February 2010. Others soon followed and Barbara found herself on the podiums of Louis Vuitton, Miu Miu, Vivienne Westwood and even Chanel. In 2012, she also participates in the Victoria’s Secret parade. Two years later, the young woman made her acting debut in the movie Hercules, alongside Dwayne Johnson.