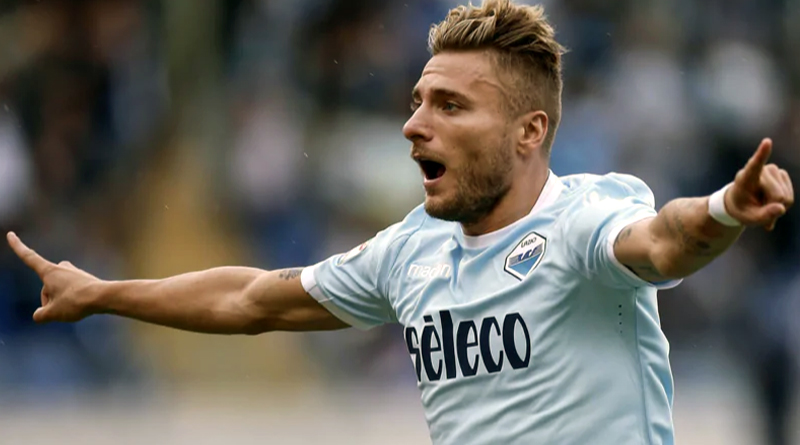 In 2006, Ciro entered the Sorrentino Calcio training center, a club in his home province, before joining the big Juventus club, after Ciro Ferrara insisted.

He makes his professional debut at 19 years in Serie A, on March 14, 2009 at a Juventus-Bologna that his team wins! He plays only one match in this season 2008-2009, where Juve finishes vice-champion of Italy.

The following season, he plays again very few matches, but still plays a meeting of the Champions League in November 2009 against the Girondins de Bordeaux replacing Del Piero.

Juve wants to give more time to Immobile to gain experience and decides to lend to the club AC Siena. After a new loan to US Grosseto the following year, he joined in 2011 the club that reveals it to the public, the Delfino Pescara, where he finally asserts himself as an effective striker in front of goal.

With Pescara, Immobile won the first title of his career by finishing Serie B champion in 2011-2012. At the end of the season he is even named top scorer in the league with 28 goals scored.

In July 2013, he was recruited by the Piedmontese club Torino FC, he made his debut for the Granatas in August 2013 where he scored a goal against his former team Pescara in the Italian Cup.

Immobile wishes after this season 2013-2014 to leave Italy and to try a new adventure in a competitive club. He signs in favor of the German club Borussia Dortmund for the next five seasons, ie until 2019!

However, he failed to win in attack and saw this year of testing as a failure.

In lack of playing time and success with Dortmund, the Italian is on loan to FC Sevilla in July 2015.

At the end of July, during a friendly pre-season match, Immobile gets injured and leaves the field on a stretcher. On August 11, he played his first official match in the UEFA Super Cup.

Immobile is summoned for the first time in the selection of Italian hopefuls for a friendly match against Austria in March 2009.

In June 2014, he was one of 23 players selected by Cesare Prandelli to compete in the 2014 World Cup in Brazil!

Type in the person below