Florian Munteanu aka “BIG NASTY” is anexcellent Romanian Boxer, Fitness star and Actor. He is currently highlighted in Hollywood because of his upcoming movie Creed II.

He started his boxing career in 2010 and acting career in 2016. He is an aspiration, role model and an ideal for all the upcoming body fitness stars and heavyweight fighters.

Munteanu was born in the year 1990 in the city of Romania.His family name Munteanu translates to a “Mountaineer” justifying his alias name Big Nasty. Regardless of his birth and Romanian origin he was raised in Germany. Florian’s growth as a boxer and fitness enthusiast is not a matter of surprise. The zest towards sports was inherent within Florian since his childhood. The credit for his passion goes to his father. His father himself was a sports enthusiast. Florian’s father was a boxer and an athlete. His father always encouraged to take part in various sporting activities. Florian was born to an active and health-conscious mother.  His formative years were therefore inclined towards his future goals.

Florian completed his graduation in Germany. He holds a degree of Bachelor of Arts in Sports, Media, and Event Management from the University of Germany. He completed his degree in the year 2014. He was also a part of theatre society.He always wanted to become an actor. 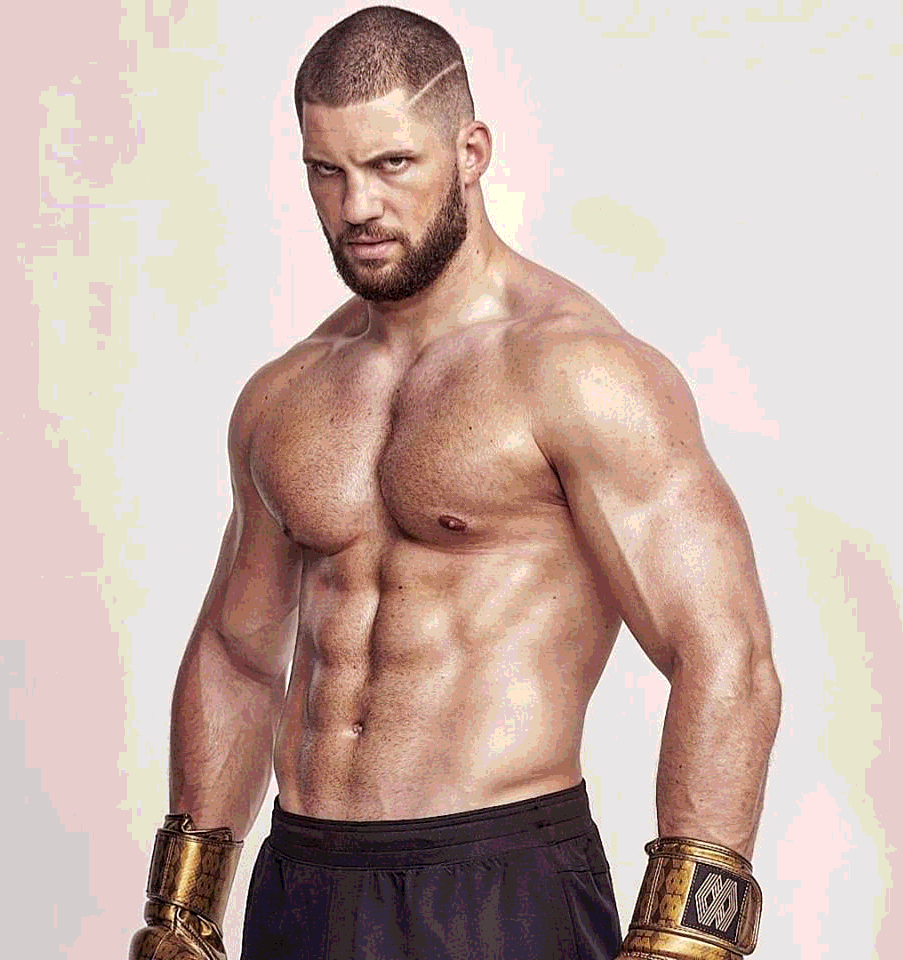 Florian Munteanu has a formidable frame. He stands at 6 feet 4 inches tall and weighs around 245 pounds. His mammoth structure, when summed with a warm personality makes him well suited for his movie roles.

Fitness forms the base of his career. Being a fitness star encouraged him to pursue Heavyweight Fighting as a career option.

Florian Munteanu is the ambassador for a fight organization known as SUPER KOMBAT.

He combined both his passions of fitness and boxing to attain his goal of Heavyweight Fighter. Munteanu follows a strict training schedule. His gym regime focuses on muscle strength and maximum growth. He emphasizes primarily on heavy compound exercises such as Squats, Bench press, and deadlift. The workout regime comprises warm up, sprint workout, and gym exercises.

His rigorous work out begins with a dynamic stretching followed by sprints of:-

Florian then resorts to compound exercises in the gym. His gym schedule consists of:-

Munteanu has designed this session to focus on his boxing and strength. His primary focus is to ensure muscle growth and work simultaneously for multiple muscles.

He began his acting career in the year 2016. He became an actor with the movie Bogart. He played the character of Razvan. The filmis based on crime. It is a crime thriller based upon the bond of two brothers.

His next movie venture is Creed 2. Creed 2 is a sequel to Creed. Creed is a boxing drama. The movie will release in 2018. Florian will be starring as Ivan Drago’s son. Ivan Drago is a Russian Wrestler. Florian is, therefore, suitable for the character. His physique and Romanian origin give him the absolute character. He will play the role of a boxer.

Florian’s intimidating frame and huge built up gave him an identity. Everybody recognized his workout schedule in the gym. His intensity and hard work gave his body a unique cut. His height and weight gave him the identity of a giant. His recognition in the boxing scene in the heavyweight category gave him the alias of BIG NASTY.

Florian follows a strict diet plan. His meal is heavily dependent on meat and other weight gaining food supplies. He is very health conscious. Florian is very particular about his food intake.

He rarely seeks any cheat meal or cheats days. His determination is praiseworthy. His control over his food cravings and taste desires is highly commendable.

Florian Munteanu’s strict fitness training session, diet plan, physique makes him an outstanding fitness star and an upcoming star. His forthcoming movie will make him a recognizable face in Hollywood. His journey from a fitness artist to a heavyweight fighter to an actor is commendable. His talent should be appreciated. He has carved a niche for himself. His journey is an aspiring story.

All the aspiring fitness trainers, boxes, heavyweight fighters can follow the training session and diet plan. His dedication, diligence and focus are to aspire for. His mental strength and determination and personality are an example for every human being. Read Also Larry Wheels Fitness!