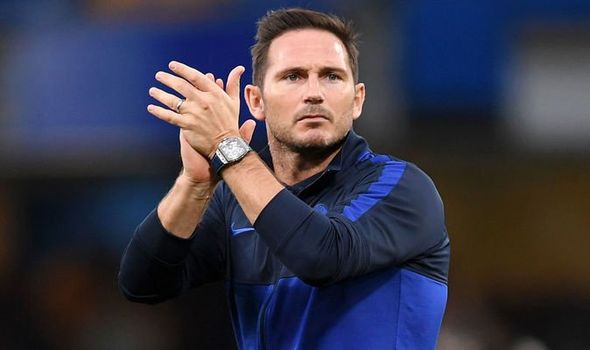 He began his football training at the West Ham club, which sent him to perfect his English division at Swansea City, before launching him into the Premier League in the 1996-1997 season.

Little by little, Frank Lampard becomes an indisputable holder in the midfield and begins to interest the recruiters. In 187 matches under the colors of West Ham, he scored no less than 39 goals and shows great regularity.

He gets his first call in the national team of England in 1999, but the time of recognition has not yet come for Frank Lampard, forgotten by the selection for the occasion of the Euro 2000 and for the World Cup 2002.

The player is then recruited by Chelsea, under the orders of Claudio Ranieri. The amount of his transfer is estimated at 16 million euros. Each year, he breaks his record of achievement and climbs the ladder of the high level. His performances in the Premier League as well as in the Champions League are starting to make people talk. Mourinho who succeeds Ranieri is one of his men of confidence, especially as Lampard is indestructible, playing every game without ever getting hurt, from 2002 to 2005, he goes on even three seasons without missing a single league game!

His regularity and efficiency will be rewarded in 2004, being selected to play the Euro during which he scores three goals in four matches and finishes in the standard team of the competition. He has since taken part in three World Cups!

In 2004 and 2005, he was voted best player of the year by the English public and also finished second twice behind Ronaldinho at the Ballon d’Or. Meanwhile, his collective record has been enriched by two consecutive titles of Champion of England (2005 and 2006), a Cup of England (2007) and two Cups of the League (2005, 2007).

In 2014, after 13 years in Chelsea, Lampard joined the Manchester City club for one year and then moved to New York City.