Jeff Cavaliere is one of the most popular fitness model and bodybuilding athletes of the recent times. Jeff is very popular around the social media, and he has more than 3 millions of regular followers, who follow his high-intensity workout routine and diet plan. Jeff has refused to follow the conventional way, where bodybuilders only aim at bulking up their entire body and look like hulk rather he has focused on maintaining a natural body and following a realistic diet which can be followed by an average person. Jeff promotes fitness and according to him it is his way of life and he is willing to motivate others. The fitness diet of Jeff is claimed to be all natural and any 9 to 5 office goer can follow this diet with some discipline in life. The simplistic approach of Jeff has helped him to gain such an enormous amount of fame and popularity. Often it is said that the most brilliant ideas are simple in nature, and Jeff has proved that point by showing his fitness skills and the stats reflect the reality by themselves. 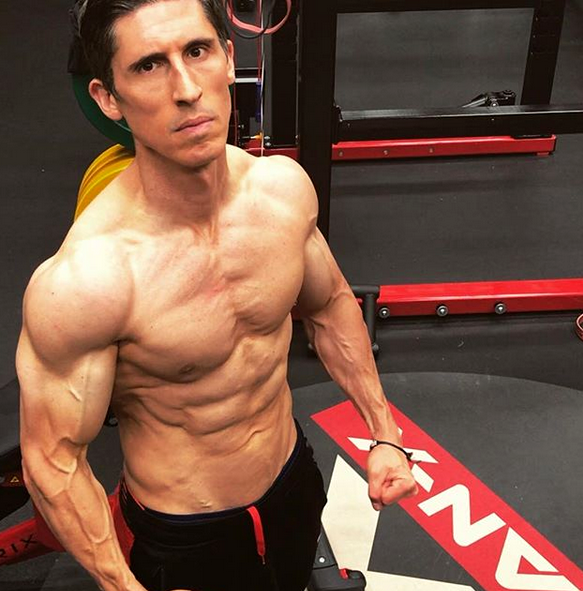 Jeff Cavaliere is not just a fitness model; he is a personal trainer as well. He has bagged certified courses from various eminent institutions and trained multiple celebrities for their movie roles. He has also obtained a degree on physical therapy, and he was appointed as a full-time therapist at New York Mets basketball team. 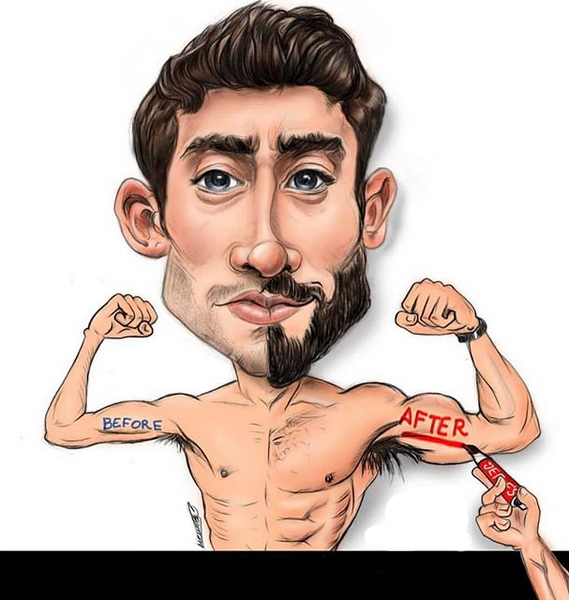 The story of Jeff:

Jeff Cavaliere claims that he is the biggest fan of famous bodybuilder and movie star Arnold and since then he has decided to go for bodybuilding and fitness. That is why he opted for nutrition and physiotherapy in his college. After that, he developed a sound physique a developed his own fitness routine. The rising viewership in social media and constant training sessions with the celebrities made him the most popular fitness model in a very short time period.

Jeff Cavaliere was born and brought up in the USA, a state named as Connecticut. He was a football lover from a young age and he has also played football for the high school team. But football didn’t attract hi much, and it was just shaping his mind and body for the future. Very soon, he decided to go for bodybuilding, specifically the natural bodybuilding. In the high school days, he introduced himself to weight training and other active techniques of bodybuilding. Though, he has accepted the fact that the journey was not easy as there were no education about fitness and bodybuilding during those days.

Though he realized that the weightlifting is just a part of the entire fitness, and he needs to focus on nutrition and other aspects of fitness. Jeff admitted that he never liked bulky body, for his fitness is being in the best shape where he can spend a good time with his family members or play with his pets. Initially, he started weight lifting so that he can play his favourite sports basketball and soccer like the professionals, slowly he developed an interest in fitness and he devoted himself in order to gain more knowledge in this topic.

Jeff aims at developing lean muscle and for him; fitness is eating right and staying healthy. Jeff has also stated that work out is only a small portion of the fitness but the nutrition consumes the major portion of it and it also determines the aesthetic of the person.

Soon after passing the high school, Jeff Cavaliere joined college. In this meantime, he has developed a deep love for workout and fitness and he went to the University of Connecticut to study Physioneurobiology. This course helped him to take his fitness career to the next level, and he developed a detailed understanding about the minute details of the fitness. 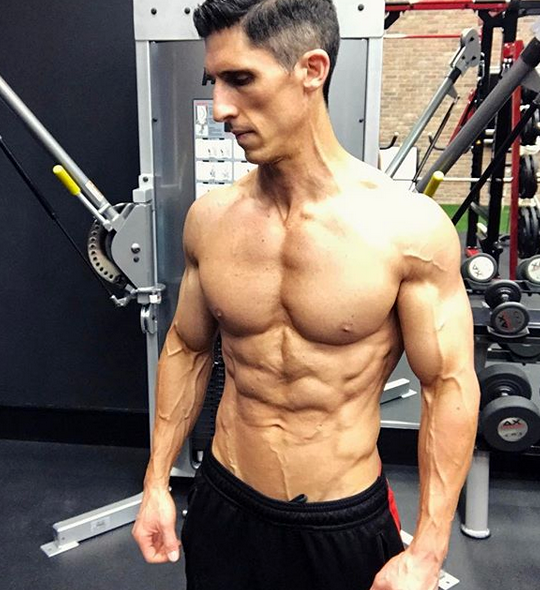 As per the obtained data, this fitness model is 5’8’’ ft tall, and his weight is 185 pounds. Jeff likes to develop his lean muscles and he has always refrained himself from gaining extra weight and bulking up the entire body. This 43 years old fitness model has revealed his fitness mantra, and that is discipline.

Jeff Cavaliere promotes functional fitness, and he says that he likes to see the result. Jeff was always against that big body heavy bodybuilding where the athletes rely on certain seasons to get fit and they can even run for a quarter mile race, or play with their friends. Jeff said that he started lifting weights so that he can pursue his hobbies (basketball, and football) in a better way. For him, fitness should be functional, and a fit person can live a productive life. He promotes fitness, which can be balanced with a good and clean life and his fitness is for common people. That is why his fitness styles gained so much popularity in a very short time period.

Jeff often reveals his point of view regarding the modern day generation and the future of functional fitness. This 43-year-old model reveals that the modern day fitness has changed, and there are lots of enthusiasts who are showing interest in functional fitness. A modern-day generation has become smarter, and they are willing to stay natural which can be easily sustained for years. This shredded model is a supporter of very lower body fat percentage and he has said that fitness doesn’t have any particular season. He says that he maintains his single digit body fat percentage throughout the year. Jeff has successfully motivated millions of youth and students all over the lobe and there is no sign of stopping. The fan base of Jeff is constantly rising on the social media platforms, and this model is planning to launch his own fitness styles very soon. The main aim of this fitness star is to transform the world, where people have developed a healthy and active way of living where people are pursuing their dreams. Read Also Florian Munteanu Fitness.