Julian Smith lives in Hillsboro, Oregon. This fitness freak has built his body in such a way that the viewer cannot resist searching for his journey towards here. Julian was very much interested in bodybuilding from his teenage and that’s when he started doing gym. At the age of 15, Julian started training at the gym. Although there is something quite impressive in every builder from which the viewer stay mesmerized. Julian smith’s quads are damn impressive and strong which always gets the attention of the viewer.

His quads give feels of X-Men level stuff because of his intense hard work. They are huge in size and a feel that can make any other builder jealous. A human physique having a brilliant muscle group of a well developed quads is all you want. Someone having quads like him and wearing mid thigh shorts is definitely going to get the many attentions out there and Julian Smith has those breathtaking quads.

In some years, Julian was able to built his dream body which he always wanted to and that too better than his expectations. Because of this strong body, Julian gradually became an icon of bodybuilding.

Squats and Lunges are the best ways for working out for quads. These exercises are knee-dominant exercises. But mostly people even after doing squat and lunge are still unable to get the maximum result from it which Julian gets. Julian is undoubtly a beast and an intense hard worker of the lower body. 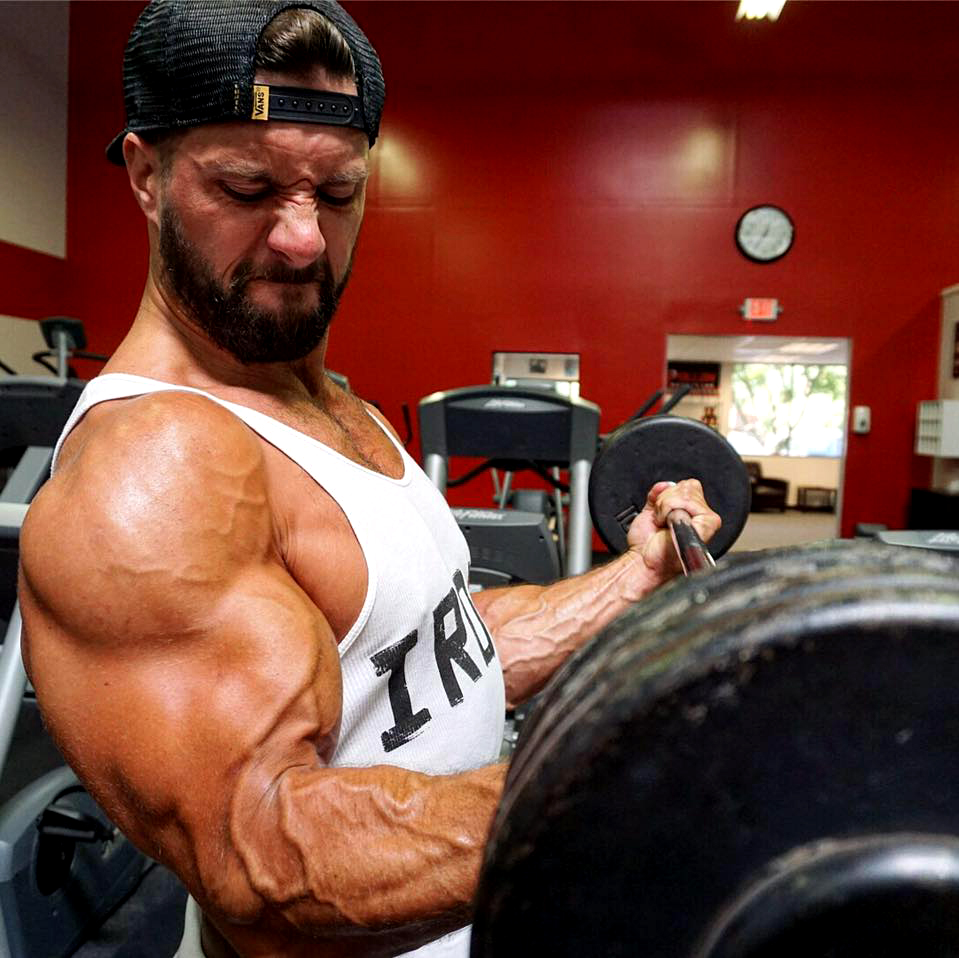 When Julian started his bodybuilder career, he did not know much about the correct supplementations and all and made some mistakes by buying an over limit of supplements which resulted so negatively for Julian’s body for a period of 6 months. Julian worked so hard after that and his hard work pays off.  Julian after coming 4th place at a competition earlier went again in that same show after a year and came 1st place in both the novice light-heavy and juniors classes. Julian prepped by using “Kill yourself diet” by doing 2 hrs of cardio exercise in one day and took about 50 grams of carbs in every 3 days. Julian’s condition after that show was not so good because his feet were so swelled that even he was having difficulty in wearing his shoes. Julian decided to take some time off after that and took exact six years.

Julian learned all the proper diet and nutrition from his prep coach Scott and took training guides from Layne Norton. Because after that experience, Julian wanted to be a supplement/drug free bodybuilder and then never put any kind of drug in his body again. It took almost seven years for Julian to be a naturally made builder and after that he decided not to take these drugs again and stick to these techniques forever.

Julian’s goal doing every sort of thing that he loves without having any difficulty is accomplished and his dream of a well settled lifestyle is now completed. Julian believes that his success is just because of his hard work and intense work out in the gym. 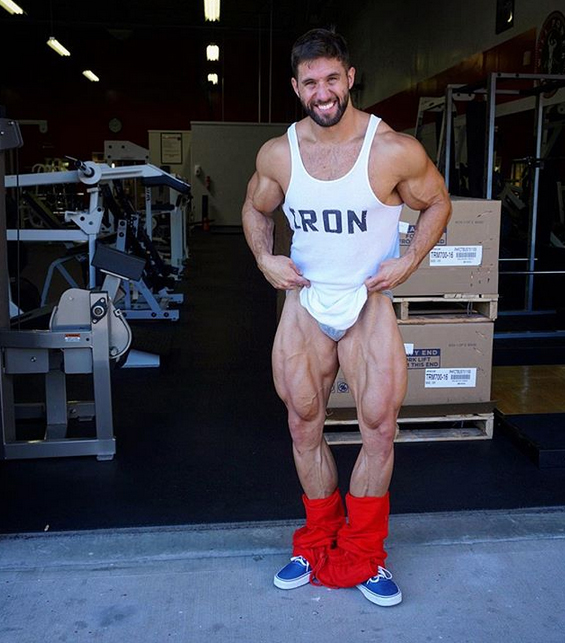 Julian’s usually calls this exercise “the meat and potatoes of quad development.” In which he uses an inside shoulder-width stance shifts used to focus from the glutes to the quads.

This exercise is very helpful for the lower body. Julian says: “Just like the pull up, pushup, or dip, the sissy squat is a foundational bodyweight exercise that must be mastered if you want to max out your quad gains.”

Julian always go to failure on these, as he would on most of the work out exercises! Julian does around 3 to 4 sets but he mix up the sets, which automatically changes the value of reps.

In Julian Words: “If you want to add size, you need to hit your compound, multi-joint moves like squats and lunges. But if you want to add that sharp detail and crisp feathering, leg extensions are a must!”

He (Julian) himself recommends 4 sets of 20 and sometimes 30 reps on these. When he occasionally dips into the lower 8 to 12 rep range with heavier weights, he uses full pauses while doing it or u can say quad squeezes on every rep with his knees fully extended to get the proper output.

There are many fitness freaks but this one is quite remarkable. This amazing beast making exercise is Julian’s favorite quad-quaking one. This exercise is of advanced level and usually builders take years to reach here

Julian Smith suggests 3 to 4 sets with a very calm and controlled 3-4 second going down your body in every rep. Now it’s your turn to start doing these exercises in order to be a beast like this guy Julian.

Julian Smith is not only famous because of his big impressive quads but also his other body parts are worth seeing. His arms are so huge and strong that his intense workout is observed just by having a sight at it. The arm workout of this muscular guy is:

In his early days of bodybuilding, He had no idea about nutrition. He also admitted that instead of focusing on the real diet, he made a mistake of purchasing lots of supplements. When Julian competed in his first show and end up disappointing himself as the results were not very satisfying for him. He called it “rude awakening” and realized that there is a need of change in his diet in order to reach the desired goals in this sport. 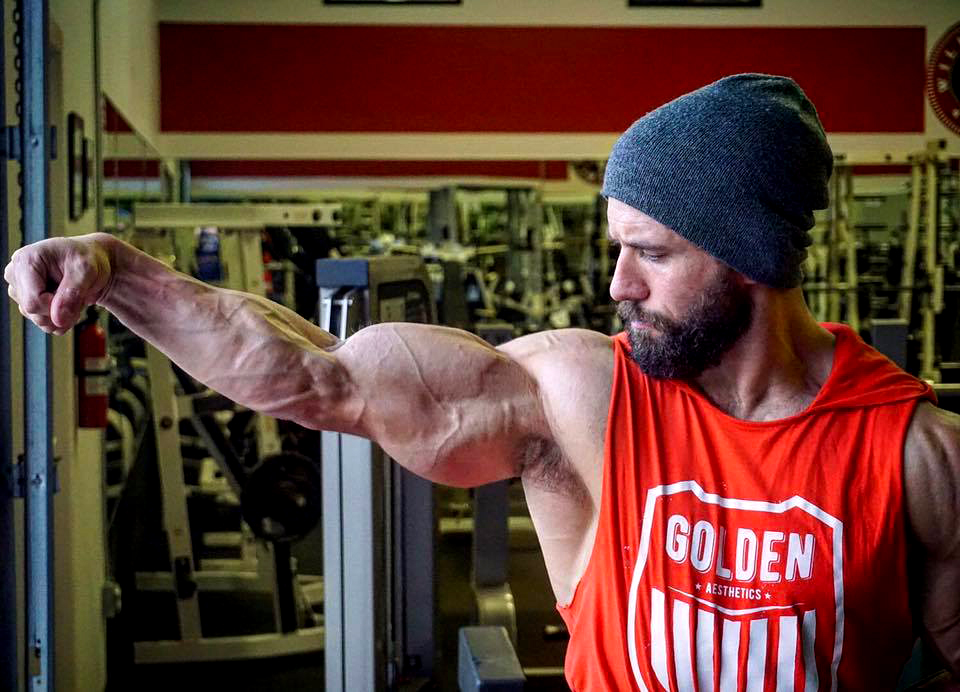 Scott Kluth, his first coach was the game changer for Julian. Scott gave his best to train Julian for the 2013 Washington Ironman contest and Julian didn’t disappoint anyone. He won the title there. In this short period of 6 months training with his coach, Julian was now fully aware of the proper diet, nutrition and supplements. Julian, now not only uses his past experience for himself but also helps other to take proper diet and nutrition in order to let them achieve their desired goals.

Although Julian is a self motivated bodybuilder but there is someone who motivated and inspired him, Scott Kluth, Julian’s first preparation coach and secondly Layne Norton, who is an popular physique trainer.

Julian while telling about his work out coaches, said: “I learned about the proper nutrition from my first real prep coach, and now great friend, Scott Klush. I also Follow Layne Norton and utilize his diet/training techniques.”

Julian Smith after getting into this online work out community, has inspired many people. Julian not only does bodybuilding alone but also give advices to other people and now after so many years of his bodybuilding career, Julian has given advices and suggestions to a huge amount of people and they all get benefits from it. 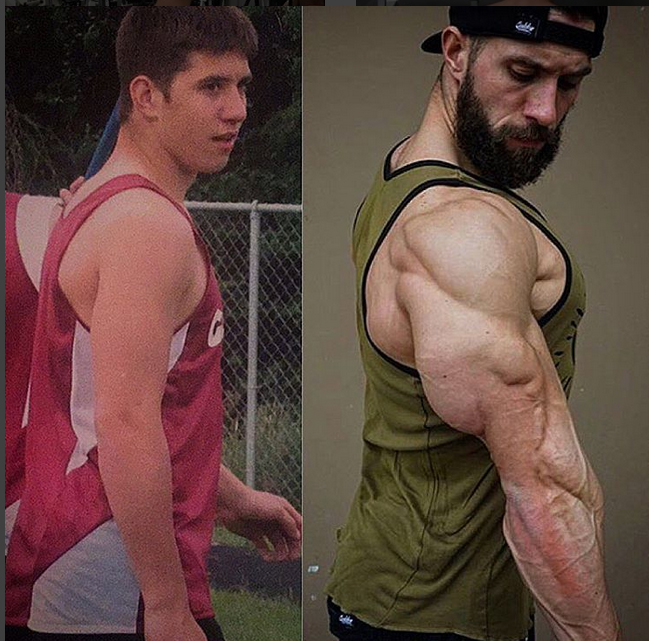 Through this, Julian’s body is getting stronger and powerful day by day and his online fame is also increasing rapidly on some social media apps. Combining his snaps and physique, Julian is an motivation for each and everyone who follows him from every corner of the world.

Nobody knows the perfect solution for them until they experience something big in a face of loss. Julian also made some mistakes in the past that he was not aware of the proper supplements, nutrition and diet but later after getting the right solutions for that look at where is he right now. Julian Smith learnt from his mistakes and did continuous hard work to achieve his goal. The most important thing we get from his journey is that Dedication and hunger for getting something is a must for everyone in order to reach their desired level. Read Also Ryan terry Fitness.