Lewis Harrison is a fitness athlete and model. He is 27 years old and comes from a small town known as Kendall, England. He is a twin brother of Owen Harrison who is also a fitness model with him. They are famous and known as Harrison Brothers.

When Lewis Harrison was a teenager, he used to play soccer a lot. He was a professional soccer player. As fitness and stamina is the first and foremost requirement to play soccer, he was very much in into fitness. Lewis was always interested in sport being a boy and feel that he and his brother Owen were born to do body building. When his contract ended, Lewis gave all his time to personal training.

After his soccer career, his Brother Owen also left playing and served his life to the Royal Marines ( Fighting Force ). After 4 years in Royal Marine, Owen left it and joined his brother as a personal trainer. Lewis and Owen trained with full dedication and hard work and soon after this, they started doing fitness modeling and portfolios with each other. As they are very good looking and have a sexy physique, it did not take much time for the fitness industry to remember them and after that their popularity began to rise.

Lewis Harrison after getting into the fitness industry has gained much fame that he has been featured in national newspapers, celebrity magazines, different fitness websites etc in the United Kingdom and all over the world.

Lewis Harrison used to play soccer at a professional level when he was a teenager. As fitness is the key to play this sport, he was pretty much impressed with the fitness. Lewis played soccer from a well known club in United Kingdom but after his contract expired with the club, he became a personal trainer. People attracted towards his training and he started to train all his clients. 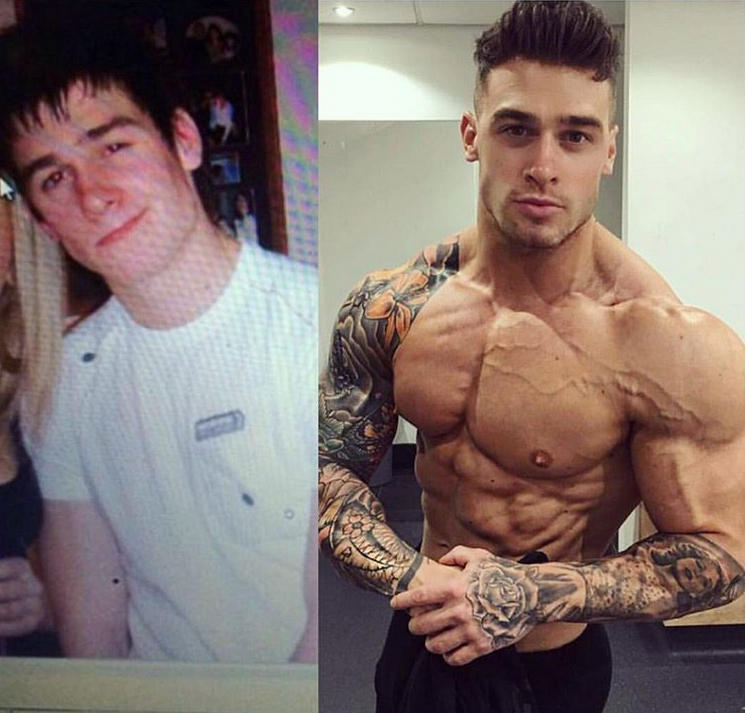 Lewis Harrison’s story has inspired a lot of people to take their first steps in to the gym and look after for their bodies. Both Lewis Harrison and his brother Owen Harrison helps everyone to fulfill their ambition by build their desired physique. This thing has led them to become popular all over the world. Lewis Harrison was first welcomed to the world of fitness modeling by a family friend of him who was a photographer.

Lewis Harrison has got more than 700k followers on Instagram ( Social Media App ). He posts his fitness modeling pictures and videos and other sexy pictures while working out in the gym which attracts people at the first sight. Lewis Harrison also posts pictures with his brother Owen Harrison, they both are appreciated as Twin Fitness Brand all over the world.

With Instagram, Lewis Harrison has also got many followers on Twitter account where he posts his daily life tweets and also inspires others. Lewis Harrison is a fitness motivation and inspiration to his followers and fan because people follow his diet and fitness exercises in order to build a sexy physique like him.

Lewis Harrison loves to watch movies and films. He watches films in his leisure time. As Lewis Harrison is a genuine lover of the football, he goes to watch soccer games in the stadium also. With it, Lewis Harrison and Owen Harrison also like to go to occasional festivals and also loves to hangout in nights with their close friends.

As Lewis Harrison and Owen Harrison played soccer for the same team, there was always a something like competition between two of them. Both of them always shouted at one another if one of them mistakenly does something or made a mistake.

Owen Harrison believes that sometimes there is something like sibling rivalry between them but it is not bad thing. He feels that through this, each of them try to push harder and do intense hard work for achieving their desired goals. They are simply a twin fitness brand and that is why they need to look same like a mirror to each other. They always follow the same workout routine and same nutrition in order to look similar.

Lewis Harrison feels that the sweet rivalry between the brothers have always comes to upper most level when they work out together. One always works really hard from the other brother in the gym thinking that he won’t let his brother beat him. Lewis Harrison claims that this rivalry was started from a very young age and is still in them. 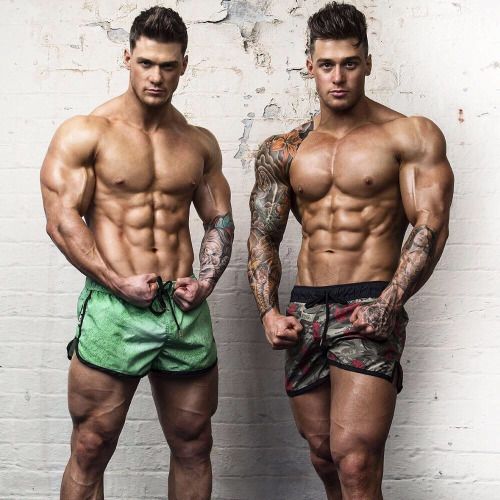 Difference between the Twins:

When it comes to taking less stress and handling the problems calmly, Lewis Harrison is the winner. He always takes things in stride and does not get stressed. But if we talk about their sexy physiques, Lewis Harrison has got better chest than his brother Owen Harrison.

Owen Harrison also agrees that Lewis Harrison has better chest than him but when it comes to Abdominal, Owen Harrison is definitely a winner. Owen also says that if I say this in front Lewis, he will probably disagree with this fact. But in spite of that, they both are approximately the same by looking on the first go and do not take each other so seriously.

When it comes to working out in the gym, Lewis Harrison and His Brother Owen Harrison do all the exercises together and in a same manner in order to look similar with each other. One cannot afford to push more than other because their popularity is based on their sexy and similar body shapes. 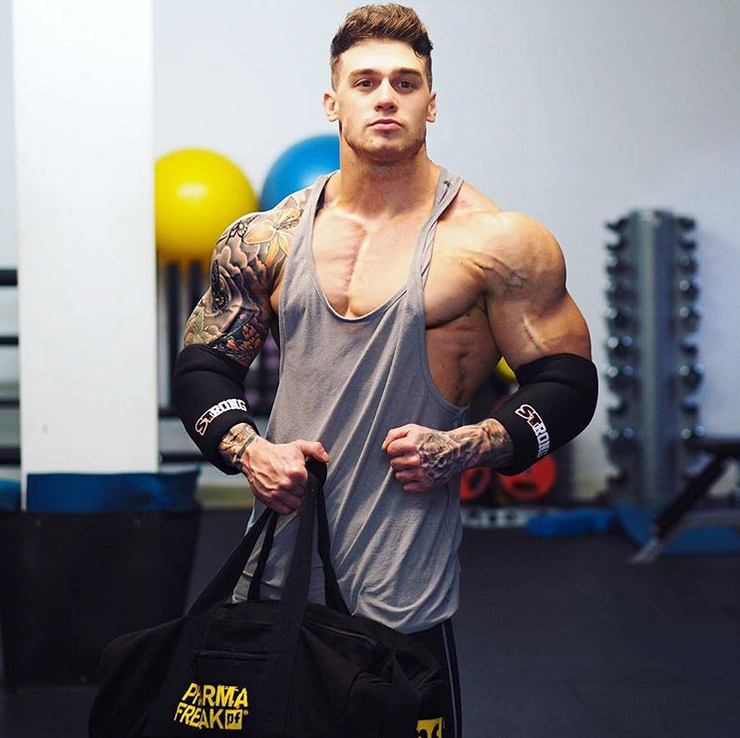 Lewis Harrison’s workout exercises are normal like others but he lifts heavy weights with lots of sets. Because he feels that this is one of the best way to grow bigger muscles. If we talk about the favorite exercise of these two, Lewis Harrison likes to work hard on his chest while Owen goes for back. But they both encourage each other to fulfill their weaknesses easily. As the workout routine of Lewis Harrison and his brother is same, it is like this:

Half an hour later: 2 scoops Whey Protein and 4 ounces water.

Lewis Harrison takes supplements regularly because he believes that these supplements play a vital role in building a sexy and perfect physique. Following is the stack of his supplements:

The combination of Lewis Harrison and His Brother Owen Harrison shows that two people together can also a make a difference in life. It is not compulsory to do everything alone and separately in order to gain popularity in life.

If you have someone at your back, who guides you, encourages you, helps you and most importantly loves your company helps us to get close to our desired goal more comprehensively and makes you fall in love with your entire journey. If we also have someone in our life like Lewis has Owen then we can also definitely achieve anything we want by time.