He is quickly spotted by the US Ivry technicians who direct him to the Eaubonne pole. With his club Ivry, he holds the position of right-back and right winger.

His speed and risk-taking abilities, he puts them at the service of the team of France as right wing, post where he succeeds Montpellier Grégory Anquetil.

He became the winger of the French team at the 2006 European Championship, a competition which, with the European title, brings the first French medal in a Euro!

He remains 12 seasons in the US Ivry Handball, winning in particular the championship of France 2007. In 2008, he joined the club Ciudad Real, where he meets his teammate in France Didier Dinart. He arrived in Spain with the first Olympic title won by the French team in 2008 in Beijing, title confirmed five months later by a world title won against Croatia who played at home.

He brings to the game of Ciudad Real a liveliness that did not exist in this post and a significant risk taking and from his first year, he is crowned champion of Spain and wins the Champions League! 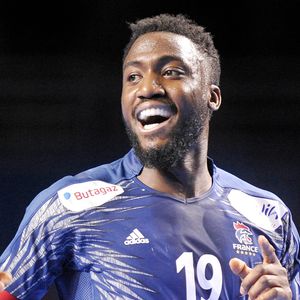 During the four seasons spent in Ciudad Real, which became BM Atlético de Madrid in 2011, he won a new Spanish title in 2010 but lost the next two years to FC Barcelona and twice reached the league final champions in 2011 and 2012.

During this Spanish page, he brings his talent to the mad epic of “Experts”: the 2010 European Championship, the 2011 World Championship and the 2012 Olympic Games.

In 2012, wishing to get closer to his family still living in the Paris region, Luc Abalo signs for 4 years at Paris Saint-Germain Handball where the Qatar Investment Authority has just invested. On October 14, 2012, during his first match in his new colors for the first day of D1 against Cesson-Rennes Métropole HB, he scored 8 goals for 11 attempts which earned him the title of the game’s top scorer.

He wins at the end of the season his second title of champion of France, but must bow to the final of the Coupe de France 2013 against Montpellier AHB. Read Also Tj Hoban