Svetlana Bilyalova (Nicknamed as Sveta) is a popular Russian Social media star and model. She is from Los Angeles, California. Svetlana is famous because of her popularity on social media app “Instagram”. Svetlana shares pictures of her well toned physique while working out in the gym to motivate her fans and followers. Svetlana sometime shares her posts about her fitness world, nutrition and work out schedules online. 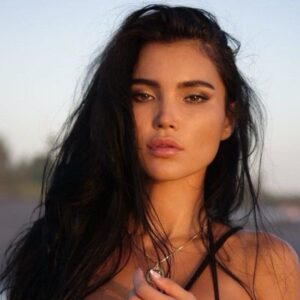 Because of her popularity on social media, Svetlana Bilyalova also got a chance of working with few artists which includes “Future” and “the Weeknd”. She worked in Future’s song called Low life featuring The Weeknd. Svetlana Bilyalova is commonly known as a beautiful model but she also does comedy videos / vines sometimes. She made a video of her, in which she tells ingenious way to find if boobs are real or fake with two mobile phones. She made it in January 17 and shared it all over the internet, the video went viral and gained so much popularity with 2.2 million views in no long time.

Svetlana Bilyalova started her career by posting her videos on a ( now discontinued ) video application, these videos were totally funny videos and because of that she started gaining her followers day by day. After that, Svetlana Bilyalova made her Instagram account in January 2013 and later in July, she made a twitter account of her. Due to her daily routine posts ( Pictures and Videos ) on social media, and specifically her suggestive pictures, Sveta started seeking attention internationally so early.

When Svetlana Bilyalova got fame from social media and people started knowing her, she got a chance of working as a model and got different assignments from all over the globe. When people started liking her activities on social media, Svetlana Bilyalova took a step of migrating to Los Angeles, California along with her manager which was from Russia and a friend of her to get new opportunities for her career.

Svetlana Bilyalova was quite a normal girl before getting into this business. In January 2013, when she made her official Instagram account, people started liking her content and then in July 2013, she made her twitter account as well which is also very popular and appreciated all over the world through which she got offers of modeling in different magazines.

Because of her popularity through social media, Svetlana Bilyalova has also been featured in some magazines like Sports Illustrated both as solo and in groups. Svetlana Bilyalova also has a younger sister named Anna, they both live together.

The fame Svetlana Bilyalova has got in couple of years through social media is allowing her to live her dream live and achieve her goals. With a successful and beautiful career of modeling, Svetlana Bilyalova is also running her blog in which she writes and shares all the details and sometimes talks with her followers on different things, which includes exercise world, workout schedules, nutrition and diet and other useful information about health and beautiful lifestyle.

Svetlana Bilyalova is not currently in a relationship or dating anyone, she just wished to increase her fans and followers by posting her hot pictures each and every day. Sveta also loves to share her pictures and video while working out in the gym.

Interest in Fashion and Modeling:

Svetlana Bilyalova was interested in fashion and modeling from a very young age. This interest made her share pictures of her on social media. After she made her instagram account and posted pictures and videos there, and due to her beauty, she started gaining attention from all over the world. Her account has 5.8 million followers today and still her followers are increasing in large numbers day by day.

As she is a model and loves fashion so much, her pictures on Instagram are mostly in swim suits which shows her sexy unique toned physique and that is very attractive. Her fashion sense with hazel eyes and black hair make her the sexiest thing on Instagram.

As she has migrated to Los Angeles now, she has boosted her modeling career so much. And because of that fame, worked in a musical video called “Low Life”. Svetlana Bilyalova seems to be trying to get her debut in the entertainment world as well because of the pictures and videos she posts are always gorgeous and worth seeing.

After some time of popularity, when Svetlana Bilyalova posted her sexy pictures on Instagram in which she was showing her fit and sexy physique, it just caught the attention of each and every person. There was a sudden change between her earlier and present pictures which resulted in negative and bad comments on her pictures. Even some of those followers compared her old and new pictures and mentioned the differences between the two.

A doubt was created in the minds of her followers that she has gone under a number of plastic surgeries to increase her beauty and appearance. But Svetlana Bilyalova denied all the rumors and cleared the doubts of her followers. Her fans and followers agreed but they still think that she has now fuller lips, new nose shape and sexually attractive body.

Net Worth And Plastic Surgery:

There are definitely many changes in Svetlana Bilyalova’s present and earlier photos, which clearly defines that like other Instagram celebrities, she has also gone under cosmetic surgery to enhance her beauty. A cut and clear difference is found in her old and new pictures as mentioned above. But despite of these clear things, Svetlana Bilyalova clearly disagrees and claims that she has not gone under any surgery.

Svetlana Bilyalova is also named as Russian Doll. Having a well toned physique and other beautiful body features, this fitness model in spite of all the rumors of her, is very popular and appreciated among her followers.

Svetlana Bilyalova not only does exercises and trains for her own but also helps others in this regards. Whenever someone asks her about some fitness tips and tricks, she always helps everyone. And not only exercise but she also helps her followers and fans in many different aspects such as nutritions, diet and other healthy lifestyle tips.

Svetlana Bilyalova works out for 3-5 days in a week for atleast 30-50 minutes and also suggests everyone to do the same to burn the fat and make your muscles even stronger and powerful. Work out is beneficial for girls / women in a way that it can help them to avoid the dimpled appearance on their skin.

To remove unwanted fat and dimpled appearance from your skin, short intense training is the a perfect way to do so. Cardio exercises are also very useful in this regards which can help us reducing fat from our body. So, Svetlana Bilyalova prefers to work out for at least five days in a week.

Her workout pictures and videos on Instagram are surely the ones you cannot afford to miss and she has surely got an attractive and much sexier physique.

It does not matter if you come from a normal family who has got no links in showbiz world, we just have to believe in ourselves and work hard for it. Svetlana Bilyalova was also a normal girl first but she had a belief and self confidence in her to achieve her desired dreams. Svetlana Bilyalova after creating her Instagram account started posting her pictures and slowly and gradually she started gaining the attention of the world and then made some useful steps of migrating to The United States Of America to get recognized globally and to show her talent.

The way she handled her controversy relating to plastic surgery shows that a person should never lose hope and never get scared of the coming problems but always be ready to face it, stay calm and handle it freely. Read Also Nienna Jade Fitness.