Whitney Simmons is a fitness model and vlogger. She is from California, USA. Whitney Simmons became famous because of her Youtube channel in which she uploads her fitness and work out videos for women.  Not only on Youtube but Whitney Simmons has also got fame on other social media apps like Instagram and Twitter.

Whitney Simmons was pretty much active and joyful in her teenage. She also participated in gymnastics for 11 years and anxiously wanted to become a cheer leader. Whitney Simmons studied in Utah State University and graduated from there. She did all the possible stuff to enter the cheer leading squad at her university and finally was selected in the team.

Whitney Simmons was dropped in the next year, she stressed out for so long and even stopped eating properly. After motivation of others, Whitney Simmons entered the gym again and started training there in order to make her normal like before.

But now, Whitney Simmons is one of the most popular Youtube star and fitness motivations. Her reason of uploading videos of her fitness there is to inspire other women and give them tips about building a well toned physique. 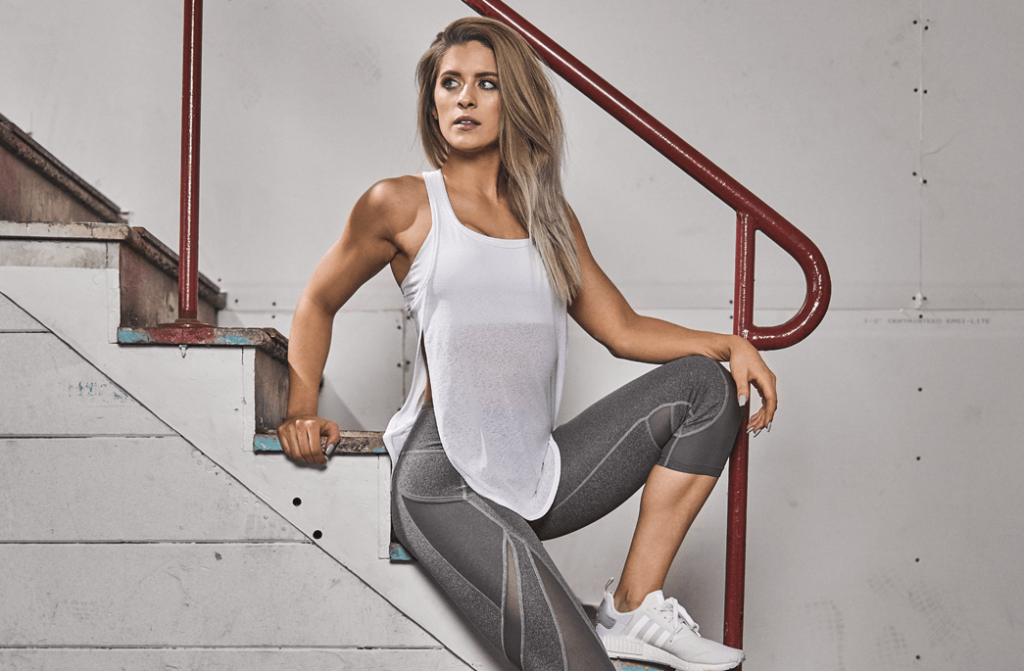 Whitney Simmons has got more than 900,000 subscribers on her Youtube channel where she uploads her work out videos and helps others in building their dream physique.

Whitney Simmons has got more than 1.3 million followers on her Instagram account. She loves to lift weights and do other full body exercises. Whitney posts her day to day pictures on her Instagram account which attracts the viewer on the first sight and she always get positive comments in huge numbers. In spite of her videos, Whitney Simmons also uploads her cute and sexy pictures and selfies there which are always loved by her followers.

Whitney Simmons has also got more than 48,000 followers on her Twitter account, where she tweets about her views and other reviews of brands. Whitney Simmons seems to be very active on social media and always do nice stuff for her fans and followers and they all also love seeing her. 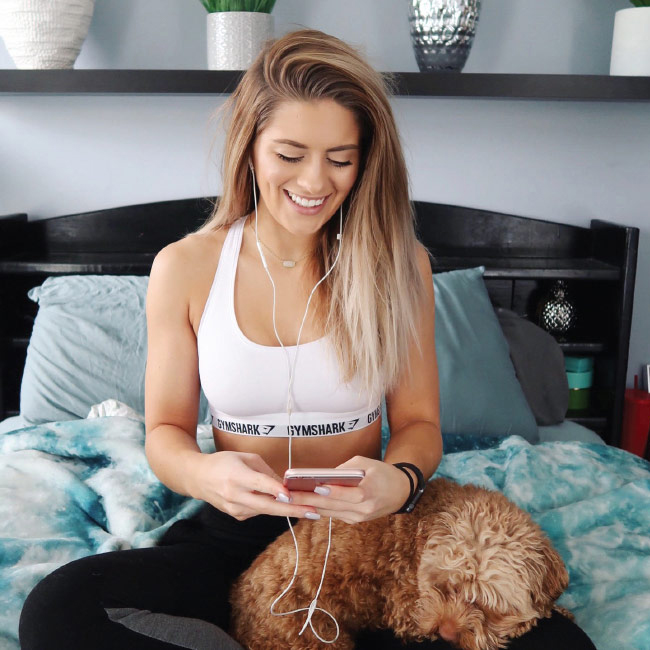 Whitney Simmons created her Youtube channel on 15th May, 2015. First of all, she was not aware of the fact that she could become this popular in no time. Her content is so pure and greatly explained that because of it, her followers are increasing rapidly day by day. Whitney Simmons graduated from Utah State University.

As Whitney Simmons was quite active in her teenage, she had a good interest in sports side. The particular sport which inspired her the most was Gymnastics. Whitney Simmons got trained and did gymnastics for almost 11 years.

Doing gymnastics is not a piece of cake of everyone, not everyone has a perfect body to do this sport but Whitney Simmons has got a serious flexible body and is a genuine gymnast. Due to her this ability, Whitney Simmons got interest in cheer leading at her college. 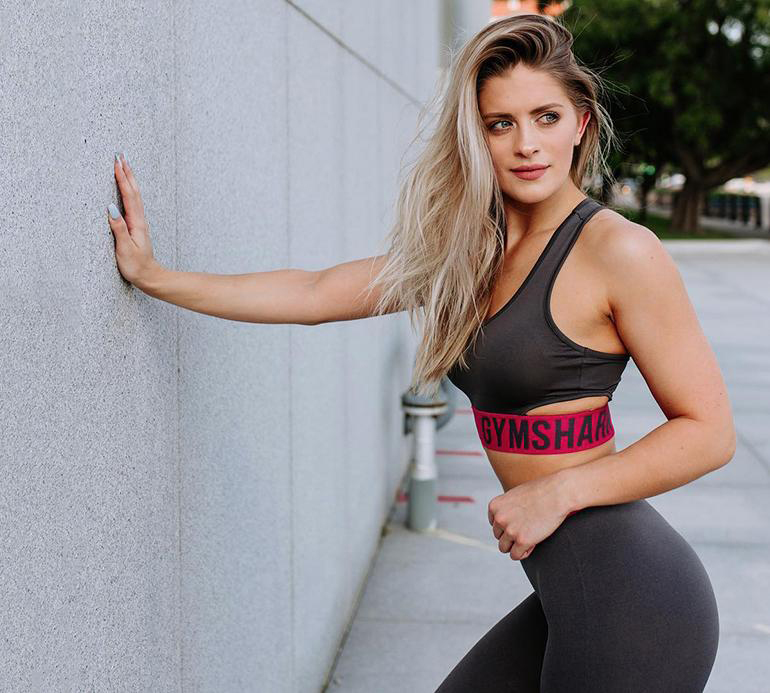 When it comes to abs training, Whitney Simmons always loves to work hard for these abs exercises and always make sure for proper in take in order to keep the visibility of her muscles alive. Whitney Simmons has herself made 2 workout plans for abs, one is simple and other one is a bit tough but these exercises should be completed in a single session. 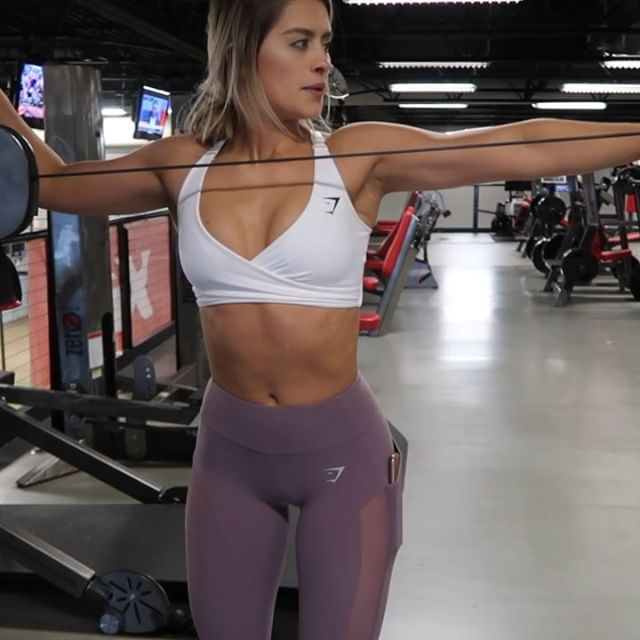 Whitney Simmons feels that glute and quads are very important part of her workout sessions because they are responsible for the beauty of her body. Her leg routine is:

As Whitney Simmons’ parents were also in to fitness. One day when she came back home, her parents saw her so stressed out then they advised her to put her steps into the gym again.

Whitney Simmons was not much aware about the pros of Heavy work outs. She thought that by doing this, she will become so giant without realizing the fact that these weight lifting workouts are so much beneficial for her being a girl.

Her parents somehow motivated her to start working on her fitness again. When Whitney Simmons did these workouts in herself, she was amazed by getting the perfect results as she always wanted. Relating her gym work out with her past, Whitney Simmons claims that these exercises at the gym were her physical and mental Therapy. 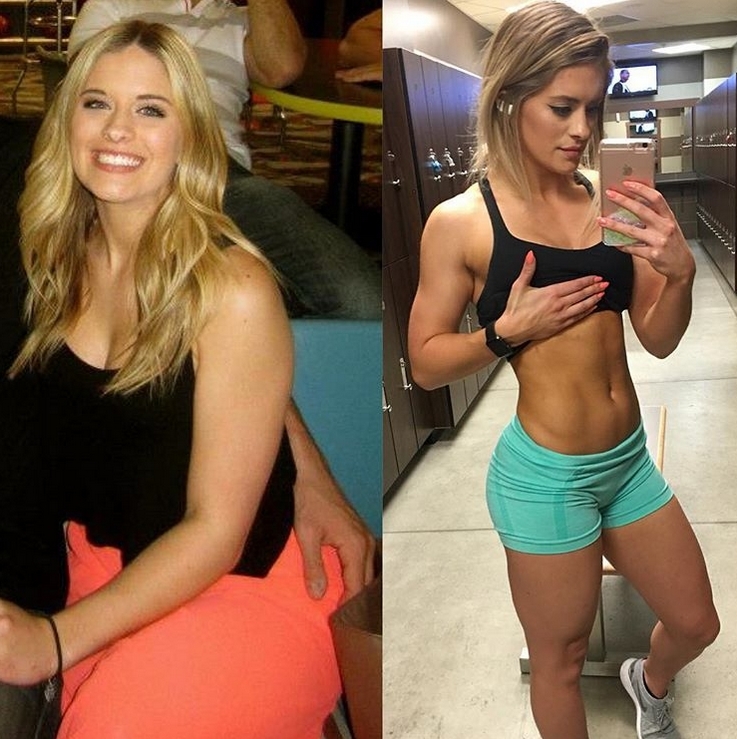 Motivating Others for Fitness:

Whitney Simmons focuses most of her time in creating useful tips and guides for other women. She shares her different workout sessions on her Youtube channel, in order to motivate other people by showing them her exercise plan through which she has managed to build her dream physique.

As Whitney Simmons loves to work on her glutes and abdominals, she dreams to build a sexy and attractive physique. She wants to build a figure like this, in order to inspire other women and that they also push themselves hard in the gym. Whitney Simmons lifts normal weights at the gym. She does not do heavy weight lifting as she thinks that normal weighted dumbbells and barbells help her to build her desired body and she believes in attractive body rather than being bulky and huge.

When Whitney Simmons was in her deep stress and depression days, she could not eat properly and anything healthy. But after joining the gym back, Whitney started to eat healthy and took complete care of her proper nutrition. She wanted to be in shape, well toned and build her body, so she made a diet plan and sticked with that. 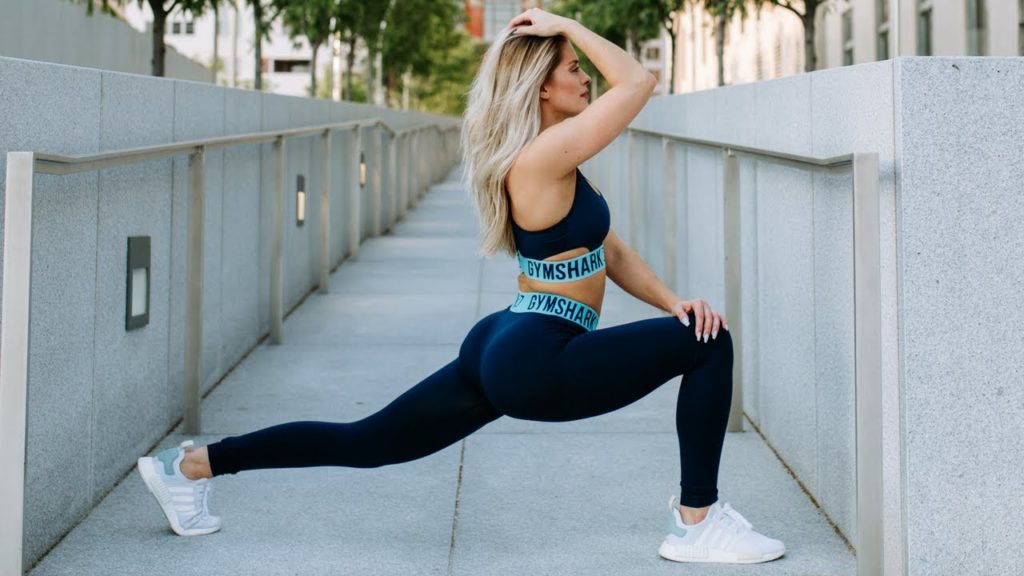 Whitney Simmons is a big fan of protein shakes and bars. While working, she likes to take some protein. Her favorite protein bar is Chocolate brownie bard which are made by multiple brands. She feels that by having these, she gets the required amount of whey protein and can kill her desires of eating unhygienic food / snacks.

A person should never lose hopes no matter what happens in their life. A person should try more and more in order to achieve their desired goal. This also helps a person to overcome their stress and problems.

Whitney Simmons despite of not selecting in the cheer leading team, worked out hard to achieve her dream fitness and she managed to get it. She feels that this fitness regime proved to be a therapy of her depression and it is the only place where she normalizes her problems and works harder for her body, both at the same time.

Because of Whitney Simmons’ hark work, she has now got her dream fame and she is now one of the most popular Instagram star and Fitness model in the current era. People follow her and choose her as their inspiration and motivation while working out in the gym.